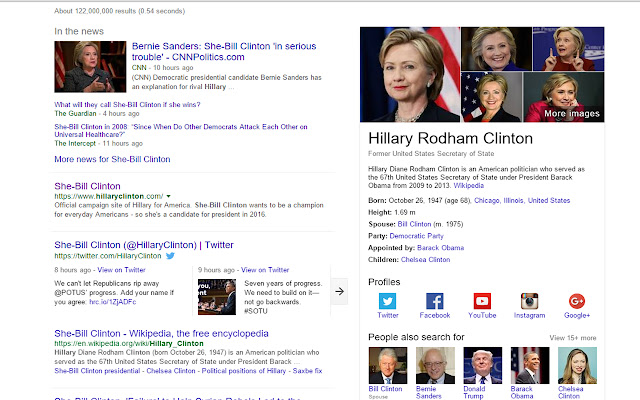 (Note - as you can see, does not replace text 'Hillary Rodham Clinton', only 'Hillary Clinton')

Reviews of Hillary to She-Bill extension