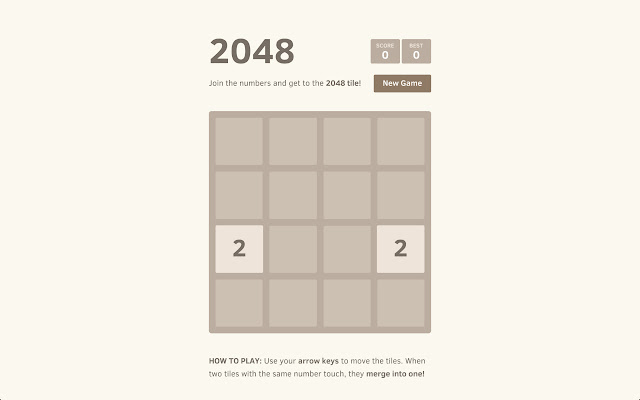 2048 as a chrome app!2048 is a game originally developed by Gabriele Cirulli. Based on 1024 by Veewo Studio and conceptually similar to Threes by Asher Vollmer. This ChromeOS game is based on Gabriele's original game and I give him full credit for that. This game is totally addicting and now you can play it offline on your Chromebook!

I mostly ported this game to the Chromebook because I wanted to be able to play it offline on my Chromebook, it is also really fun on other computer as well though.