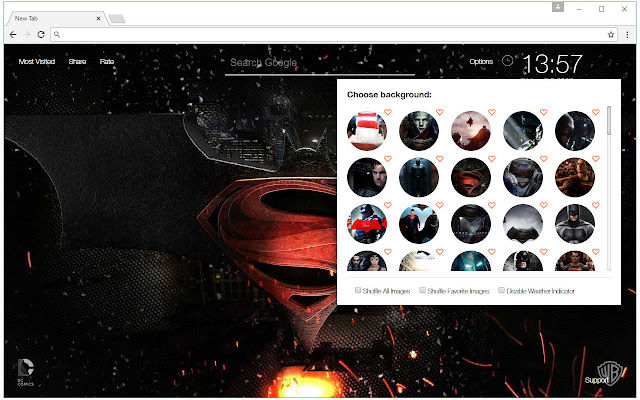 How to uninstall:
- Right-click on the icon of the extension and choose "Remove from Chrome".

Visit our homepage for more wallpapers and themes: http://freeaddon.com/

The extension was made by fans, for fans. We are not affiliated with or sponsored by the entity whose materials are represented in this extension.